If a smiley face emoji appears beside a friend’s name on Snapchat, then it means that they are one of your best friends on the app.

In other words, you interact with this person a lot. However, they are not your top friend. 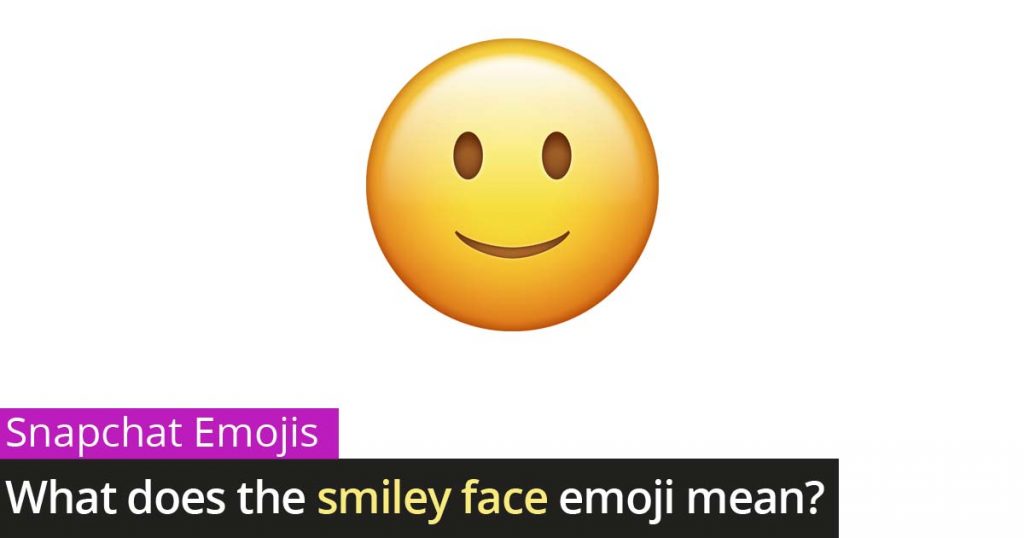 Depending on your phone or your version of the app, this smiley face may also be blushing w/ rosy cheeks.

The smiley face emoji will appear beside your “best friends” on Snapchat. These are the people who you send the most snaps to.

How many best friends can I have?

On the app, you can have a total of eight best friends. However, you may find that you have fewer than that.

For example, at the time of writing, I only had three. This all depends on how active you are and how large your friend group is.

The 😊 emoji can appear after a short conversation.

If Snapchat displays this smiley face beside a user’s name, it means that, relatively speaking, you interact with this person a lot.

Note how I put the word “relatively” in bold there. This emoji doesn’t necessarily mean that you spend all day sending snaps to this person.

It just means that you recently sent more snaps to this person than most of the other people on your friend list.

The app can only “guess” who your best friends are by looking at your most recent activity.

Consequently, if you don’t use Snapchat a lot, you may discover that the 😊 emoji will appear after a short conversation with someone.

In other words, it is pretty easy for someone to get into your best friends list if you don’t interact with a lot of people.

Does the smiley emoji mean that I am their top friend?

No. If you were both on each other’s top friends list (BFFs), then Snapchat would display a yellow heart or a red heart beside their name.

These love hearts will only appear if both of you send each other the most snaps.

But they are the only person on my best friend list?

This means that they are your best friend.

However, their best friend (BFF) is someone else.

If you are their top friend, then a yellow or red heart will show instead.

Don’t take this to heart, however, as they could just be more active on the app than you are.

Can they see a smiley emoji beside my name?

Not necessarily. This is a one-sided emoji. It is not mutually shared. In other words, it means that they are on your Best Friends list.

However, it is possible that you are not in their Best Friends list.

What does it mean if the smiley emoji disappears?

If the smiley face disappears on Snapchat, then it can mean one of the following:

Why is there a fire symbol and a smiley beside each other?

The fire symbol represents a “streak”.

For example, if you see “3 🔥” next to the smiley face emoji, it means you’ve sent at least one snap to each other for three days in a row.

If a day passes where you don’t snap each other, then this fire emoji will be removed.